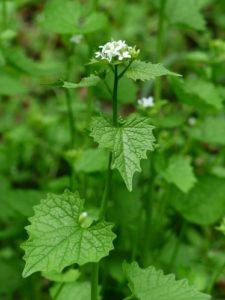 Weeds. The word seems synonymous with things abandoned, lonely, unkempt, not to mention unwanted and unloved. But for Those Who Know, many plants laboring under that unhappy name are associated with words like tasty, nutritious, and just plain yummy.

They come in a virtually unending supply, growing where they please and sometimes still on purpose.

Definitive of a weed: rapid growth, aggressively spreading, and being remarkably hard if not impossible to kill. The difference between a weed and a plant – desire.

The irony: most plants bearing the W label are not native to these shores; early settlers brought some and plant lovers imported others.  The plants haven’t changed, just the humans and the environment around them.

Common Sense Note 1: This post discusses plants that grow wild and are considered undesirable by many. Be sure the area in which you go gathering these new-found treasures hasn’t been subjected to herbicides or unhealthy water or air environment. And wash ‘em.

Common Sense Note 2: Many plants with widely differing characteristics resemble one another. If you’re not sure, Don’t Pick It. There are a variety of apps that help identify wild edibles and walking tours are available in many places.

Case in point, Garlic Mustard (Alliaria petiolata), considered an invasive weed in several states. Native to Asia, Africa, Europe and Scandinavia, the plant was brought to North America as a culinary herb.

It is one of the oldest such; remnants have been found in archeologic digs in the Baltic. It belongs to the cabbage botanical family (Brassicaceae or Cruciferae), the plant tastes and smells like garlic; the roots taste like horseradish.

Nutritionally the plant is high in Vitamins A and C.

Unfortunately, its natural predators – 69 insect species and 7 fungi – stayed in Europe. As recently as 2013, the USDA was testing 5 insects for import, depending on whether garlic mustard is their exclusive food source.

It drops thousands of seeds that can root and grow up to 5 years later. It contains chemicals that are toxic to butterfly larvae and that suppress seedling growth of trees. Deer won’t eat it, either. What to do, what to do?

Steam it. Braise it. Eat it raw. Ferment it even.

Parts to eat: upper stems, leaves, unopened florets (which are reminiscent of rapini). Toss young leaves into salads. The root is best harvested in spring and fall.  No need to be shy about pulling these up by the roots because there will be more where those came from.

In the Asteraceae family, this European native is a traditional medicine plant dating back to ancient times. Its cousins include the sunflower, daisy, artichoke and dandelion.

Colonists brought it to North America to treat a number of ailments and to serve as food. The plant grows 2-plus foot leaves which some say work nicely as wraps for cooking foods.

A plant with a great defense system, burdock sprouts burs containing tiny little hooks that cling to pretty much everything. Sadly, a stand of burdock has become the burial place of many birds that fly into a patch only to find that they cannot extricate themselves.

In one of the more famous example of biomimetics (design imitating nature), Swiss engineer George de Mestral developed Velcro in 1957, based on observation of burdock’s tiny hooks and burs.

Eat the Invaders, a Vermont-based site, provides several historical notes on the plant, including one from 1857 England which asserts that its presence was among “the earliest and surest evidences of slovenly negligence” of a property.

The site has a picturesque bowl of soup featuring burdock and is one of many offering recipes for a dandelion-burdock brew, said to be reminiscent of a vegetable stew. Wegmans and Whole Foods carry a dandelion and burdock soda, if you want to test it out before whipping up a batch.

Roasted roots have long been used as a beverage. The shoots are increasingly available in local groceries like MOM and are used extensively in Asian cooking.  The stalk tastes like asparagus; harvest before the flowers open, peel and boil.

Also of the family Asteracae. It was brought to North America primarily as a salad green although it was also used medicinally. More obnoxious than noxious, its environmental impact isn’t as great as others in this post.

Children love blowing the white puffs, watching them dance through the air like delicate fliers. Grown-ups cringe at the prospect of all those tiny seeds rooting and turning a green lawn into a field of yellow flowers. Up to 172 seeds can come from a single head, one plant can produce over 5,000 seeds annually.

The seeds have been known to germinate after sitting dormant for nine years. remain viable in the seed bank for many years, with one study showing germination after nine years. Dandelion is a common contaminant in food and forage crops and is a main star in many herbicide commercials.

Nutritionally they have more beta-carotene than carrots; are rich in vitamins A, B, C, and D; and are rich in iron, potassium, and zinc. Every part of the plant can be utilized in the kitchen:

There is a large potential for some severe drug interactions with dandelion since it acts like a diuretic. The University of Maryland Medical Center provides a list of possible interactions along with a great backgrounder on the plant.

But on the whole, while dandelion is invasive, it’s more nuisance than anything else. Sip, chew, or slurp it away.

Imported from Asia in 1876, kudzu was introduced as a forage crop and an ornamental plant, having a wisteria-like fragrance. Between 1935 and 1953 it was used extensively across the country as a ground cover to reduce soil erosion.

For a time, it was a sold by mail order as fodder for cows and goats. It grows wickedly fast, covering a foot a day, 60 feet in a growing season. Its description is rather scary: “32-100 feet in length, with stems ½-4 inches in diameter.

Kudzu roots are fleshy, with massive tap roots 7 inches or more in diameter, 6 feet or more in length, and weighing as much as 400 pounds.” (Source:  Plant Conservation Alliance) Not only flora but abandoned buildings have disappeared beneath a smooth blanket of this tenacious vine; small wonder that it has been named “the plant that ate the South.”

Kudzu is in the pea family; its beneficial cousins include soybean, chickpea, licorice and carob. Because its predators were not imported with it, grazing animals (especially goats and cows) and humans are the only thing slowing it down.

Humans have a few more options, using the vines to weave baskets and creating a fiber called ko-hemp to make cloth and paper. In fact, as outlined in The Book of Kudzu: A Culinary and Healing Guide, there are many uses for this plant; industries from cottage to major take heed!

A regular feature in Asian cooking, dozens of ways to eat kudzu have developed here, including jams, jellies, and pickling the flowers that appear in late summer.

The beneficial-vine-gone-out-of-control can be harnessed for good; the dinner table is just one viable option to toxic pesticides or burying bags of cut vine in landfills.

As it’s best known, the vine that swallows everything in its path. Trees branches break under its weight. Photo Source: Flickr.com

Cultivated in ancient times, purslane is now featured on most States’ weed galleries. But it is also found on menus and in farmers’ markets across the country.

Purslane is a succulent, cheerfully drought-resistant plant that spreads and multiplies easily in high heat, pretty much any type of soil – even itty bitty traces of soil in sidewalk cracks.

It is the rare plant that is crunchy. It contains more omega-3 fatty acids than any other leafy vegetable, having an “extraordinary” amount of Eicosapentaenoic acid (EPA). It is rich in vitamins A and C and minerals magnesium, calcium, potassium and iron. It is eaten raw, stir-fried, as a thickener for soups or stews.

And my (relatively short) list goes on: wild amaranth, clover, curly dock, Lamb’s quarters, garlic grass, sheep sorrel, and watercress. Weeds are abundant but so are we.

Learning more about these persistent neighbors can open up a whole new world of culinary and green living delights.

How to Control Kudzu, the Vine That Ate the South. Mike McGroarty. Freeplants.com. May 7, 2015

Purslane – Weed It or Eat It?  Sandra Mason. University of Illinois.

The Mid-Atlantic Invasive Plant Council (MAIPC) provides regional leadership to effectively address the threat of invasive plants to the native flora, fauna, and natural habitats of the Mid-Atlantic. The council coordinates regional efforts to gather and share information on the identification, management and prevention of invasive species, provide training and volunteer opportunities and to identify research needs. The Council is represented by members from Delaware, Maryland, New Jersey, Pennsylvania, Virginia, West Virginia, and the District of Columbia.  http://www.maipc.org/

Thanks for reading, and please share this article if you found it helpful.

Also, plan to check out all of the products recommended here at Try Backyard Farming, sorted into categories.

The post BE the Weed Eater appeared first on Try Backyard Farming.